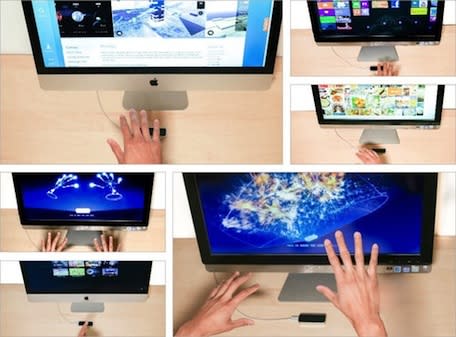 Leap Motion has entered a new developer beta that will lead up to the product's ship date of July 22. Its product, the Leap Motion Controller, is a tiny device you plug into your computer that allows you to interact with it through hand gestures in the air. With the announcements of the latest beta, Leap also unveiled its Airspace App Store. The Airspace App Store will feature more than 100 apps upon launch, however not all the apps will be Mac compatible. Some will be Windows only.

In a blog post announcing the new beta and Airspace App Store Leap said that beta testers will have access to the following:

Leap has a strong Apple connection, with its President and COO Andy Miller having come from Apple where he was the vice president of Mobile Advertising at the company, leading the iAd program. The Leap Motion Controller will cost US$79.99. Interested parties can preorder the device now.

In this article: leap, leap motion, LeapMotion, Mac, new apps, NewApps
All products recommended by Engadget are selected by our editorial team, independent of our parent company. Some of our stories include affiliate links. If you buy something through one of these links, we may earn an affiliate commission.
Share
Tweet
Share