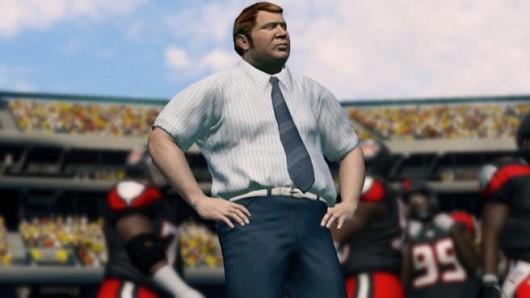 To celebrate the 25th anniversary of the series, Madden 25 will include a special All-25 Team comprised of the best players to step foot on the virtual turf, usable in the Play Now mode of the game. Of course, the team wouldn't be complete without the game's namesake, John Madden, as its head coach, who will bring his own special playbook to the sidelines.

EA Sports will lift the curtains on two players on the dream team's depth chart per day, starting today with former Buccaneers fullback Mike Alstott and former Rams running back Marshall Faulk. EA's All-25 team hub offers a few ratings for each player, such as Faulk's 90 catching and Alstott's 98 trucking ratings. Faulk is a respectable, albeit curious choice, given that Barry Sanders is the cover athlete for the game. Madden 25 will launch on Xbox 360 and PS3 on August 27, and will come to Xbox One and PS4 at a later date.
In this article: all-25, all-25-team, dream-team, ea, EA-Sports, ea-tiburon, Electronic-Arts, football, John-Madden, madden, madden-25, madden-nfl-25, marshall-faulk, microsoft, mike-alstott, nfl, playstation, ps3, ps4, xbox, xbox-one
All products recommended by Engadget are selected by our editorial team, independent of our parent company. Some of our stories include affiliate links. If you buy something through one of these links, we may earn an affiliate commission.