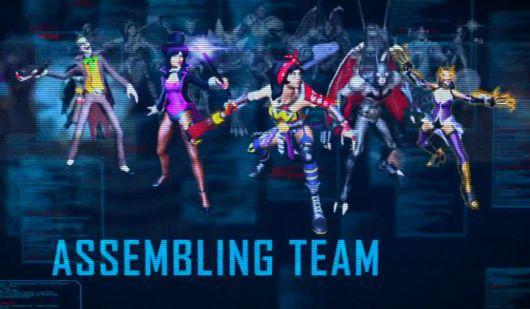 Some people aren't necessarily instantly on board with the idea of a MOBA featuring DC Comics characters. But if Infinite Crisis had you hooked right from the premise, you can go ahead and put your money where your mouth is as of today. The game has just launched its Founders program, a chance for future players to buy now and enjoy the benefits later... like many other free-to-play titles have done recently.

Three packages are available for purchase now, with all three unlocking immediate beta access, early access to Coast City, and an exclusive icon for use in-game and on the forums. The $20 package also includes 800 Crisis Coins (in-game microtransaction money) and 3 Champion unlocks. $50 gets you 3200 Crisis Coins, 6 unlocks, and an exclusive Gaslight Batman costume. And $100 gets you 8600 Crisis Coins, 12 unlocks, an exclusive costume for both Gaslight Batman and regular Batman, and early access to the next map addition. To help up the hype, the game has also released a trailer detailing the Coast City map, which is embedded just past the break.

In this article: beta, beta-access, betas, dc, dc-universe, founder, founders, founders-program, infinite-crisis, moba, news, news-items, pre-purchase, preview, superhero, superheroes, trailer, trailers, turbine, turbine-entertainment, video, videos, warner-bros, warner-bros-interactive, Warner-Bros-Interactive-Entertainment, wb
All products recommended by Engadget are selected by our editorial team, independent of our parent company. Some of our stories include affiliate links. If you buy something through one of these links, we may earn an affiliate commission.