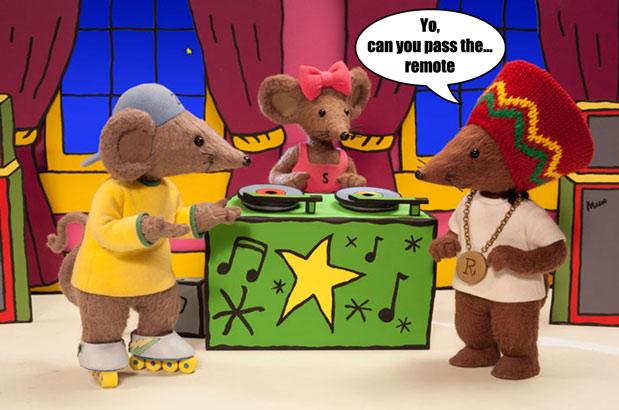 Last week, Lovefilm snapped up some additional content of the cultured kind -- Man v. Food withstanding -- for adults to enjoy. The streaming service is kicking off this week by adding yet more films and TV shows for the kids. Subscribers will now find child-friendly material from NBCUniversal in the Lovefilm library, such as the shows Curious George, Barbie: Princess Charm School, Rastamouse and The Land Before Time (parents might remember the films). Given it's the summer holidays, your offspring are probably out enjoying the weather, but having something fresh to put on the tellybox might help keep them quiet come that inevitable rainy day.
Show full PR text

5 August 2013: LOVEFiLM, an Amazon company, has today announced the launch of a wide range of quality children's programming from NBCUniversal that will enrich the variety of award-winning kids entertainment already available on LOVEFiLM Instant Streaming Service.

As a result of the partnership, LOVEFiLM.com members can now stream "must-see" television series and films featuring beloved characters from the NBCUniversal library, including the Emmy® award-winning Curious George and Barbie: Princess Charm School.
Additional children's TV series included in this agreement with NBCUniversal International Television Distribution are classic franchises such as The Land Before Time, based on the American animated adventure film; Maisy, the animated series based on the picture books created by British illustrator, Lucy Cousins; and the animated stop-motion series about a crime-busting mouse, Rastamouse.

Simon Morris, Chief Marketing Officer at LOVEFiLM, said:
"From talking to our members we know there is a real demand for top quality entertainment for younger viewers, so we are delighted to add such great shows to our already vast library of kids content. From nostalgic classics to modern favourites, there is a wealth of child-friendly series available on LOVEFiLM Instant and these latest additions allow us to offer our ever-growing audience more choice than ever before."

In this article: amazon, children, hdpostcross, kids, lovefilm, lovefilminstant, nbc, NbcUniversal, streamingvideo, uk
All products recommended by Engadget are selected by our editorial team, independent of our parent company. Some of our stories include affiliate links. If you buy something through one of these links, we may earn an affiliate commission.