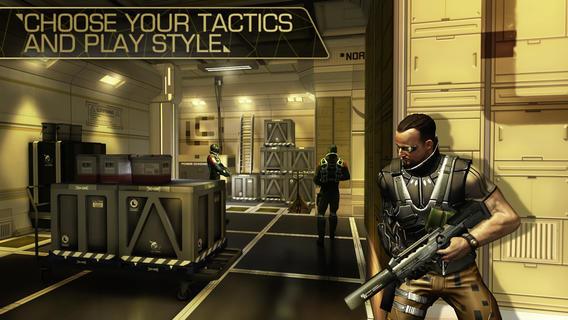 Deus Ex: The Fall hit the App Store a few weeks back and instantly made headlines for an anti-piracy scheme whereby users with jailbroken iOS devices were precluded from playing the game, even if they spent the full US$6.99 to download it.

The developers were quick to respond to user outcry and promised that an impending update would soon change that.

Yesterday, Deus Ex: The Fall was in fact updated, but the bigger story here is that the game is now compatible with the iPad 2. So for all you iPad 2-toting folks who want to get some action-style gaming on, have at it.

The changelog also indicates that the recent version of the game includes a major update to the game's artificial intelligence.

In this article: App Store, Deus Ex, gaming, iOS, iPad 2, iPad Mini, iPhone, iPhone 4, iPhone 4S, SciTech
All products recommended by Engadget are selected by our editorial team, independent of our parent company. Some of our stories include affiliate links. If you buy something through one of these links, we may earn an affiliate commission.
Share
Tweet
Share