Animationist creates dynamic titles for your video or printed projects 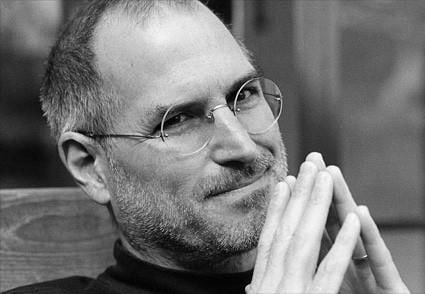 When Apple released Final Cut Pro X, a debate raged concerning whether or not Apple was devoting enough resources towards its pro users. While Final Cut Pro X has improved in many ways since it first launched, many video professionals felt that the original offering was a step backwards in functionality.

The notion that Apple developed Final Cut Pro X for the mainstream market at the expense of professional video editors underscores a larger question regarding Apple's commitment to the pro market altogether.

Would Apple ever even think about saying goodbye to the pro market?

I hope you're sitting down for this, but Steve Jobs did in fact once consider that very option.

This was back in the days when iMac had established itself as a global bestseller. During one of the agency's regular meetings with Steve, he shared that he was considering killing the pro products.

His rationale was as you might expect: consumer products have an unlimited upside, while pro products are aimed at a niche market that eats up major resources.

Obviously, the pro market has value for Apple, even if its numbers are relatively small. Pros are opinion leaders, influencers and evangelists. Their love of Apple shows up in the purchase decisions of friends, family and colleagues.

So Steve ultimately renewed his commitment to the pros -- but he never said that this commitment wouldn't evolve. Clearly Apple has changed its thinking about the pro market, and how it can best serve its pro users.

Speaking of Apple losing interest in the pro market, former Apple employee Ron Brinkman, who joined the company when it acquired Shake, wrote the following in the wake of FCP X.

So after Apple acquired us there was a lot of concern that Cupertino wouldn't be willing to continue to cater to that [pro] market and, although it took a few years, that concern did indeed come to pass. The development team was gradually transitioned to working on other tools and Shake as a product was eventually end-of-life'd.

And back then the same questions were being asked as now -- "Doesn't Apple care about the high-end professional market?"

In a word, no. Not really. Not enough to focus on it as a primary business.

Let's talk economics first. There's what, maybe 10,000 'high-end' editors in the world? That's probably being generous. But the number of people who would buy a powerful editing package that's more cost-effective and easier to learn/use than anything else that's out there? More. Lots more. So, a $1,000 high-end product vs. a $300 product for a market that's at least an order of magnitude larger. Clearly makes sense, even though I'd claim that the dollars involved are really just a drop in the bucket either way for Apple.

And really, from a company perspective high-end customers are a pain in the ass. Before Apple bought Shake, customer feedback drove about 90 percent of the features we'd put into the product. But that's not how Apple rolls -- for them ... high-end customers are high-bandwidth in terms of the attention they require relative to the revenue they return. After the acquisition I remember sitting in a roomful of Hollywood VFX pros where Steve told everybody point-blank that we/Apple were going to focus on giving them powerful tools that were far more cost-effective than what they were accustomed to... but that the relationship between them and Apple wasn't going to be something where they'd be driving product direction anymore. Didn't go over particularly well, incidentally, but I don't think that concerned Steve overmuch... :-)

All in all, an interesting discussion. Looking ahead, Apple has a completely revamped Mac Pro slated for release later this year.

In this article: final cut, final cut pro x, FinalCut, FinalCutProX, software, steve jobs, SteveJobs
All products recommended by Engadget are selected by our editorial team, independent of our parent company. Some of our stories include affiliate links. If you buy something through one of these links, we may earn an affiliate commission.
Share
Tweet
Share