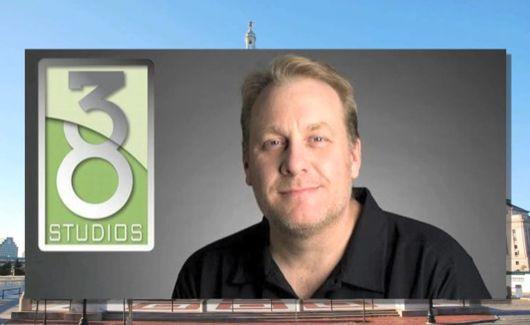 There's not a lot of love in the gaming world for Curt Schilling. The closure of 38 Studios that left the state of Rhode Island with a $75 million debt and hundreds of people out of jobs has colored perceptions. A recent piece from the Boston Globe takes a look at Schilling with a slightly gentler approach, discussing the heart attack he suffered eight months prior to the studio's closure and the stress he's felt over the failure.

Schilling once again puts the blame for what happened at the feet of Governor Lincoln Chafee, who he claims failed to help 38 Studios when assistance was required. The article goes into more depth discussing the many assets from Schilling's baseball career that were auctioned off to pay damages, as well as his retirement from public life in favor of coaching his daughter's softball team. Those still interested in the fallout can take a look at the full article for more perspectives from both Schilling and his wife.
In this article: 38-studios, business, curt-schilling, gaming-industry, legal, lincoln-chafee, mmo-industry, personalities, rhode-island
All products recommended by Engadget are selected by our editorial team, independent of our parent company. Some of our stories include affiliate links. If you buy something through one of these links, we may earn an affiliate commission.