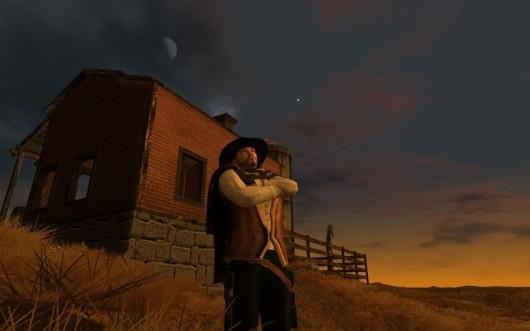 Do you have a pool of unused, long-suffering AP sitting around on your Fallen Earth character? GamersFirst has plans for something to put those points to good use: the upcoming AP augmented weapon system.

These augmented weapons are high-end devices that can be tweaked by using players' AP to increase stats and skills. A tricked-out augmented weapon is an awesome thing, as it'll add powerful buffs to players when used.

The team said that it'll also be doing a weapons pass with many of the game's deadly instruments to make sure that the damage is balanced and consistent throughout. There were also hints regarding a "rather ambitious plan" coming in the near future: "After looking at the player response to features such as citadel and farms, we want to focus more on the players impact on the world and let everyone drive the action more."
In this article: ap-augmented-weapons, augmented-weapon, augmented-weapon-system, f2p, fallen-earth, fe, free-to-play, g1, gamersfirst, patch, post-apoc, post-apocalyptic, preview, sandbox, sci-fi, state-of-the-game, wastelands
All products recommended by Engadget are selected by our editorial team, independent of our parent company. Some of our stories include affiliate links. If you buy something through one of these links, we may earn an affiliate commission.