HP's voice-controlled Tango printer can be disguised as a book

This robot printer runs around the page laying down ink 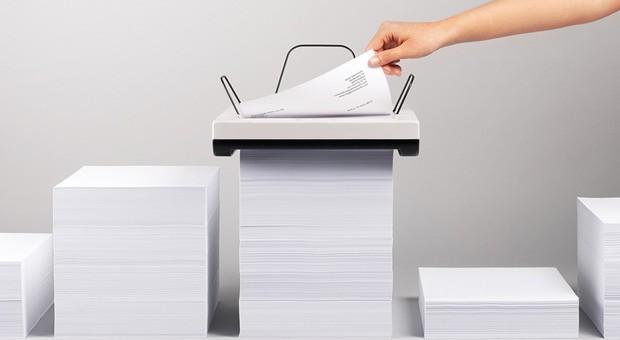 Let's face it: even clever 2D printers aren't usually fun to watch. Mugi Yamamoto's Stack concept livens things up a bit, however. Instead of relying on a tray, the printer swallows paper from a column underneath -- like an animal that only eats company reports. The trayless design isn't just for novelty's sake, though. Stack is more portable than its conventional peers, and it's much less of a hassle to reload. Yamamoto has had a working Stack prototype for months, but he now tells Wired that he's looking for companies that could produce a commercial version. We're hoping that someone takes him up on his offer; it could add a little more excitement to our office printing jobs.

In this article: inkjet, mugiyamamoto, peripherals, printer, stack
All products recommended by Engadget are selected by our editorial team, independent of our parent company. Some of our stories include affiliate links. If you buy something through one of these links, we may earn an affiliate commission.