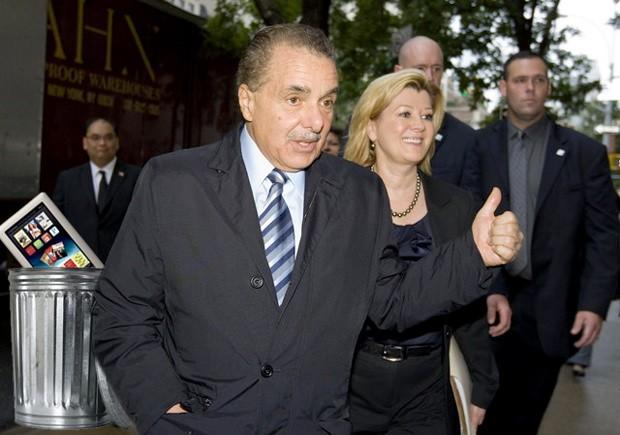 Barnes & Noble's "founder"* Leonard Riggio has conceded that his plans to rescue the firm have been iced. Thanks to those same SEC regulations that tipped us to his intentions, the company's majority shareholder has admitted that he won't attempt his ambitious rescue of the ailing retailer. In a statement, Riggio urges B&N to push the Nook tablet, serve its 10 million-strong customer base and build out the company's struggling retail business. At the same time, Barnes & Noble let slip that at least one new Nook device will arrive before the holiday season, presumably the first that'll be produced by a third party -- but let's be honest, it's not looking good.

*He founded the book chain that would buy the Barnes & Noble name, pedantry fans.

In this article: Barnes Noble, BarnesNoble, e book, e books, e reader, e readers, e-book, e-books, e-reader, e-readers, Leonard Riggio, LeonardRiggio, Nook
All products recommended by Engadget are selected by our editorial team, independent of our parent company. Some of our stories include affiliate links. If you buy something through one of these links, we may earn an affiliate commission.