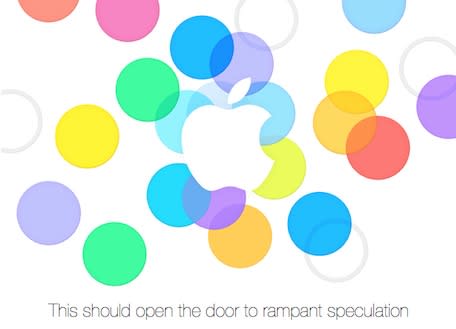 Shortly after @jdalrymple announced to the world that the invitations for the September 10, 2013 Apple event had been sent out, TUAW Editor-in-Chief Victor Agreda, Jr. noted that @HereIsTrev had tweeted the following message: "Please don't over analyse every last aspect of the apple invite ... oh, too late." Here's our take on the invitation, BuzzFeed-style:

In this article: Apple, apple event, Apple events, AppleEvent, Bob Mansfield, Greenpeace, iOS, ios 7, Ios7, iPhone, iPhone 5, John Browett, SciTech, Scott Forstall, Steve Jobs, TUAW, Venn diagram
All products recommended by Engadget are selected by our editorial team, independent of our parent company. Some of our stories include affiliate links. If you buy something through one of these links, we may earn an affiliate commission.
Share
Tweet
Share