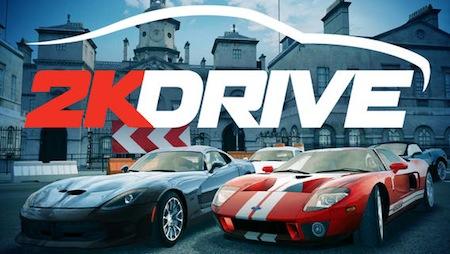 2k Games has announced that its latest racing simulator, 2K Drive, is now available for iOS devices. The game puts players in the driver's seat as they speed around an international set of tracks. Players are rewarded for completing challenges to unlock upgrades and new cars.

2K Drive also features an interesting personalization feature that allows players to take a picture of themselves and put it on their driver's face. Granted, it looks like your driver is wearing a skin mask of your face, but it's a nice added layer of detail. As with seemingly every game released these days, users are given the option of paying US$0.99 for coin packs for immediate upgrades.

Players can race solo or against live opponents via the multiplayer mode, though thanks to the promise of updates and new challenges from the developers, those of us who lack friends to play with should have plenty of content to look forward to.

In this article: 2kdrive, games, ios, racing, racing games, RacingGames
All products recommended by Engadget are selected by our editorial team, independent of our parent company. Some of our stories include affiliate links. If you buy something through one of these links, we may earn an affiliate commission.
Share
Tweet
Share