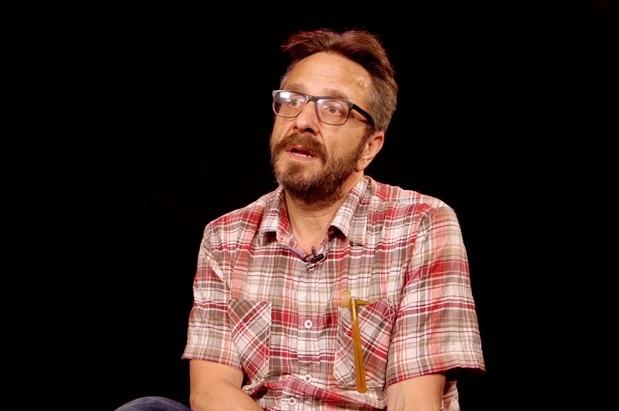 In 2009, Air America relieved Marc Maron of his duties for a third and final time. He'd co-hosted the station's drive time show Morning Sedition before being given the reigns on his own titular evening program. By show three, he was relegated to the station's kitchen, joining fellow Boston comedian Sam Seder for the short-lived web video show Breakroom Live. Naturally, Maron did what any down-on-his-luck radio host would in his place: he started a podcast. "I think in the beginning, I just needed to talk to someone," he explains. "I was going through a very difficult time. I'd certainly been humbled by love and by show business."

WTF wasn't the first podcast by any means, but over the last few years, it's become one of the most popular, thanks to Maron's frank and engaging conversations with comedians and other show biz types. More recently, the program has served as the basis for Maron, an IFC show starring the host as himself, which will enter its second season next year. On this second episode of Peripheral Vision, we sit down with the host to discuss the power of the medium, the trouble with Twitter and making a name for yourself from the comfort of your own garage.

In this article: ifc, marc maron, MarcMaron, peripheral vision, PeripheralVision, podcast, podcaster, podcasting, video, wtf
All products recommended by Engadget are selected by our editorial team, independent of our parent company. Some of our stories include affiliate links. If you buy something through one of these links, we may earn an affiliate commission.