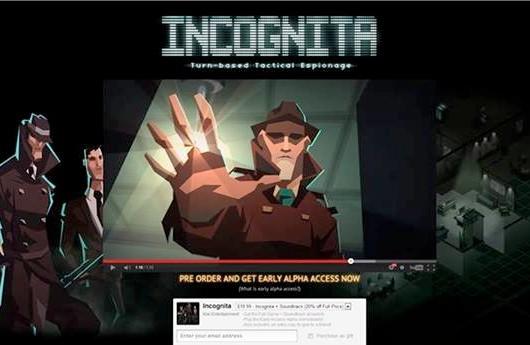 Klei Entertainment, developers of Don't Starve and Mark of the Ninja, have made their latest game, Incognita, available to purchase in its "Alpha" state directly.

The game is available for $17 ($19 with soundtrack). Pre-ordering will grant access to all future alpha and beta builds, as well as the final game. If you aren't into playing I Spy with bugs, the final version of the game will be available in 2014.

In this article: incognita, klei-entertainment, pc
All products recommended by Engadget are selected by our editorial team, independent of our parent company. Some of our stories include affiliate links. If you buy something through one of these links, we may earn an affiliate commission.