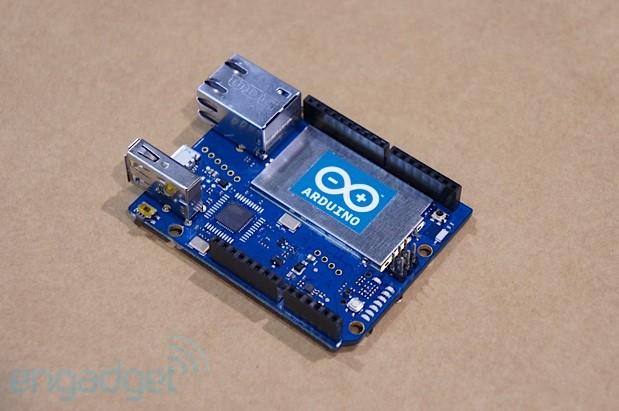 If you were wondering what happened to the Arduino Yun after it missed its original June release target, you can relax: it's now on sale worldwide. As promised, the $69 (€52) design combines a garden variety Leonardo board with a WiFi system-on-chip running Limino, giving owners a customizable wireless access point with Ethernet, USB and a microSD slot. Tinkerers can also program the Arduino component over the air using a newly updated developer environment. Those already sold on the concept can buy an Arduino Yun at the source link, while newcomers can check out an introductory video after the break.

In this article: arduino, arduinoyun, leonardo, limino, linux, mips, networking, openwrt, wifi
All products recommended by Engadget are selected by our editorial team, independent of our parent company. Some of our stories include affiliate links. If you buy something through one of these links, we may earn an affiliate commission.