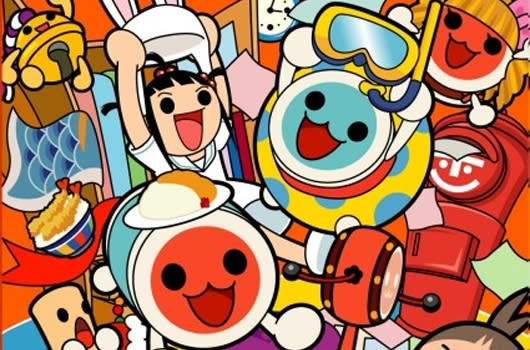 The latest issue of Famitsu (via Gematsu) has revealed a new Taiko Drum Master game for Wii U, fittingly titled Taiko Drum Master Wii U Edition. The Wii U installment in the popular rhythm series is due on November 21 in Japan and supports up to four players.

The Wii U version is compatible with the drum peripherals of the Wii game, Taiko Drum Master Wii: Everyone Party. Taiko Drum Master Wii U Edition can be played solo either directly on the WiiPad or using it in conjunction with the TV. New features include a Baton Pass Performance mode where multiple players work together on the same song, some Mario and Luigi masks and an exclusive "Wild Pokemon Battle Medley" tune.

The Taiko Drum Master series made its debut in Japanese arcades before receiving its first home console port on PS2 in 2004. The series has since been a fixture for Namco, which has released ports on mobile, DS, 3DS, Wii, PS2 and PSP.
In this article: japan, namco-bandai, nintendo, taiko-drum-master-wii-u-edition, wii-u
All products recommended by Engadget are selected by our editorial team, independent of our parent company. Some of our stories include affiliate links. If you buy something through one of these links, we may earn an affiliate commission.