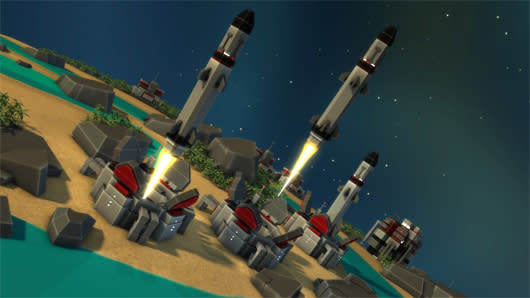 The Kickstarter update post announcing the beta promises interplanetary war, colonization and planetary destruction will be featured. There are two ways to gain access to the beta, either by pre-ordering the Planetary Annihilation "Warfare" edition or above through the Uber store, or by having pledged $40 to the Kickstarter campaign.

Planetary Annihilation hit Kickstarter on August 15 with the hopes of achieving $900,000 to finance the PC RTS. The pledge drive was a success and earned Uber Entertainment $2.2 million in total to make the game.
In this article: beta, indie, kickstarter, planetary-annihilation, real-time-stragy, rts, uber-entertainment
All products recommended by Engadget are selected by our editorial team, independent of our parent company. Some of our stories include affiliate links. If you buy something through one of these links, we may earn an affiliate commission.