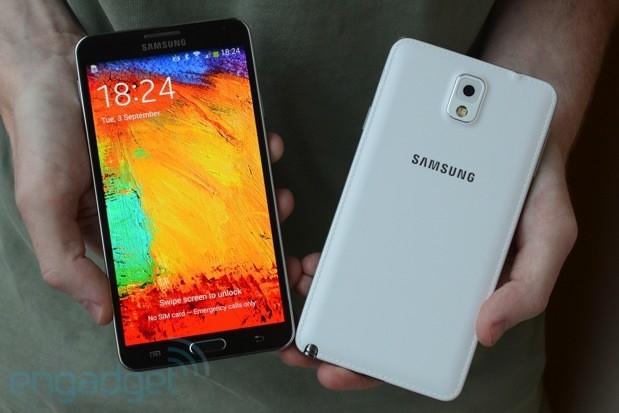 Get your giant hands ready, T-Mobile subscribers. The Un-Carrier announced this morning that the latest version of Samsung's phamed phablet will be going up for pre-order September 18th. Pick it up through the Simple Choice Plan, and the 5.7-inch handset'll run you $199 down plus $21 a month for 24 months. As noted earlier, the Note 3 will be hitting T-Mob's stores and site on October 2nd, along with the $299 Galaxy Gear Smartwatch.

In this article: galaxy gear, galaxy note 3, GalaxyGear, GalaxyNote3, glaaxy note, GlaaxyNote, mobilepostcross, samsung, samsung galaxy gear, samsung galaxy note 3, SamsungGalaxyGear, SamsungGalaxyNote3, t-mobile
All products recommended by Engadget are selected by our editorial team, independent of our parent company. Some of our stories include affiliate links. If you buy something through one of these links, we may earn an affiliate commission.