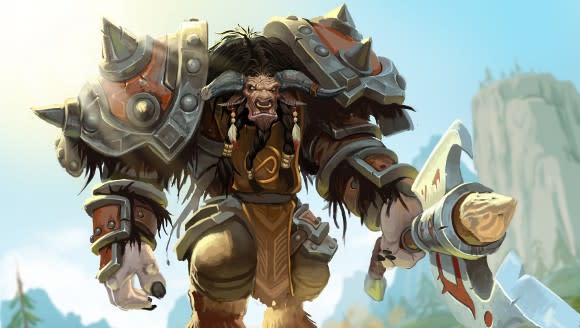 Rygarius posted on the forums early this morning that all conquest vendors have been disabled until a bug is fixed. The bug in question allows players to exceed the conquest hard cap, amassing over 2,200 points. In general it's not a good idea to exploit bugs like this, as Blizzard has been known to roll back achievements and gear at the least, and even suspend the accounts of the worst offenders. For instance the folks who decide to spam trade chat encouraging people to exploit a problem -- it's pretty easy to ban them.

There's no indication of when the conquest gear will be turned back on -- but given the high visibility of the problem it has to be near the top of Blizzard's priority list. We'll update when the vendors are back.

Rygarius
We are aware of an issue affecting a number of players that caused them to have an unusually high Conquest Point cap. Conquest vendors have been temporarily disabled while we work on a fix to correct this. Conquest Points obtained in excess of the 2200 point cap will be lost and we'll be removing the Grievous Conquest achievement from any characters that managed to obtain it.

The vendors will be made available again once the fix is in place.
source
In this article: break, breaking, conquest-points-disabled
All products recommended by Engadget are selected by our editorial team, independent of our parent company. Some of our stories include affiliate links. If you buy something through one of these links, we may earn an affiliate commission.