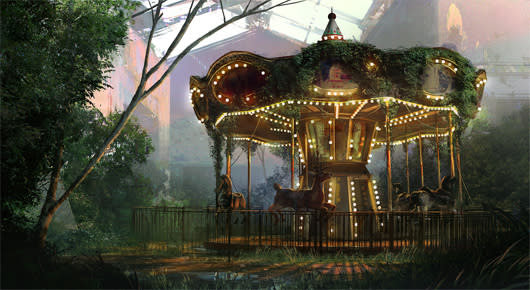 The first story-based DLC add-on for The Last of Us will feature a new character, Naughty Dog's Eric Monacelli has declared in a post on the PlayStation Blog. Following a lengthy casting phase, this extra chapter, which is due sometime in December or January and part of the Season Pass program, will begin its motion-capture filming sessions next week.

"This is an ambitious story with strong ties into the narrative of The Last of Us," Monacelli writes on the PS Blog. There is no mention of whether protagonists Joel or Ellie will make an appearance.

Prior to the single-player content, the multiplayer-focused Abandoned Territories Map Pack will arrive on October 15. Four maps in total are included: Suburbs, Bus Depot, Hometown and Bookstore. The third piece of Season Pass content will also be multiplayer-centric and is due within the first half of 2014.

The Last of Us Season Pass is priced at $20 – which Naughty Dog says represents a 75 percent savings over picking up all of the DLC piecemeal – and available through PSN and GameStop.
In this article: dlc, naughty-dog, playstation, ps3, scea, season-pass, the-last-of-us
All products recommended by Engadget are selected by our editorial team, independent of our parent company. Some of our stories include affiliate links. If you buy something through one of these links, we may earn an affiliate commission.