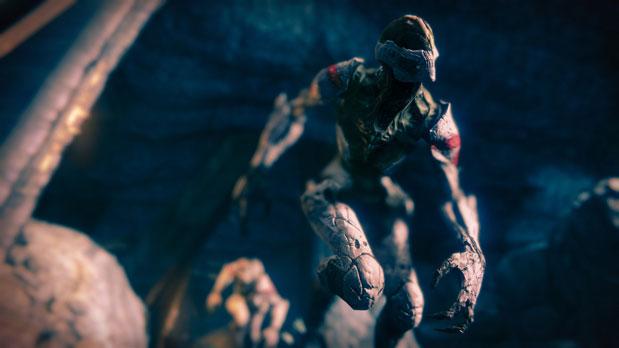 We've all seen the demo, but none of us have actually played Destiny, Bungie and publisher Activision's forthcoming first-person-shooter / MMO-like effort. But starting today, Destiny's persistent open world will begin opening up... to gamers that buy in early, that is. A limited amount of pre-orders placed now at select retailers will garner gamers beta access to Destiny, which is scheduled to launch early next year on PlayStation 3, PlayStation 4, Xbox 360 and Xbox One. If you happened to jump the gun and plunk down for a copy before today, don't worry, as your order automatically reserves you a spot for the beta. Depending on your method of purchase, redemption codes will either be emailed directly or printed out at the time of purchase, so hold off on trashing those receipts. You can find the full details of the program and a new trailer just after the break.

To celebrate the announcement, Activision and Bungie have released a new trailer entitled"The Moon," featuring a highlighted destination in the game, and the Hive, one of the four enemy races featured in Destiny. http://www.youtube.com/watch?v=eAbpZfqE8r4

"We have no doubt Destiny is not only a great action game but also the next great entertainment property," said Eric Hirshberg, CEO of Activision Publishing. "That means we're putting all our creative support, and all our expertise in creating blockbuster franchises, into a colossal Destiny Beta that we believe will set a new bar for the next generation of games. Fans have a lot to look forward to in 2014."

"Destiny is the most ambitious game we have ever made, and it's our chance to transform the way you experience a new Bungie universe," said Harold Ryan, Bungie president. "From day one Destiny has been an incredibly bold vision that Activision shares with Bungie. Destiny is a massive universe that is populated by the players, and for that reason we need fans to get their hands on the game, fans all around the world. We can't wait!"

DestinyBeta Redemption Codes are only available while supplies last. To see a list of participating global retailers, fans can visit http://www.destinythegame.com/wheretobuy. Upon pre-ordering the game at a participating retailer, fans canvisit http://bungie.net/beta and follow the instructions on the page to secure their spot in the Beta. The required 9-digit entry code will be printed on their receipt, on a flyer distributed at time of purchase or sent via email through their respective retail rewards program. Fans that pre-ordered before October 1st 2013 and qualify for this offer are automatically entered into the Beta and will receive their entry code from their retailer via email. All questions or concerns related to the Beta code should be brought to the attention of the retailer.

About Destiny
Players are cast as Guardians of the last city on Earth, who will traverse the ancient ruins of our solar system from the red dunes of Mars to the lush jungles of Venus. Able to wield incredible power, gamers must battle humanity's enemies and reclaim all that was lost during the collapse of mankind's Golden Age. In a story-driven universe, Destiny's saga unfolds through grand talesand epic adventures by immersing players in a bold new universe filled with cooperative, competitive, public, and social activities, all seamlessly connected. Destiny is not yet rated by the ESRB.

In this article: Activision, beta, Bungie, bungie destiny, bungiedestiny, Destiny, destiny beta, destiny beta access, destiny preorder beta, Destinybeta, destinybetaaccess, destinypreorderbeta, FPS, microsoft, MMO, persistent-world, Playstation3, Playstation4, preorder, sony, Xbox360, XboxOne
All products recommended by Engadget are selected by our editorial team, independent of our parent company. Some of our stories include affiliate links. If you buy something through one of these links, we may earn an affiliate commission.