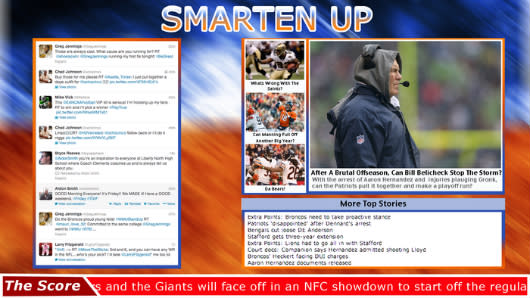 Gridiron Thunder, the Kickstarted game that dropped out of Ouya's Free the Games Fund after weeks of controversy, has been delayed to October 30. It was originally scheduled to launch on September 30, but on September 29, developer MogoTXT updated the Kickstarter:

"Because we recently chose not to participate in the Free The Games Fund, we are no longer bound by the exclusivity requirement of the program and can make Gridiron Thunder available on all Android and iOS phones and tablets, in addition to the Ouya. In order to make Gridiron Thunder fully cross-platform, we have decided to postpone the launch of the game until October 30."

Gridiron Thunder raised $171,009 on Kickstarter and would have received matching funds from Ouya, had it remained in Free the Games Fund. The game raised suspicion during its campaign when backers noticed odd, large funding spikes. The average pledge per person ended at $934.48, much higher than the standard average pledge of $50.59 per person, or even that of a comparable project, $275.05 per person.

When Ouya overhauled Free the Games Fund on September 18, MogoTXT announced it had voluntarily dropped out of the program, since it had raised enough money to launch on its own.

"Gridiron Thunder is coming along very well and looking great," MogoTXT writes in its most recent update. "Thanks for your patience and get ready for a great game!"
In this article: android, Delay, delayed, free-the-games-fund, gridiron-thunder, ios, ipad, iphone, kickstarter, mobile, ouya, release-date
All products recommended by Engadget are selected by our editorial team, independent of our parent company. Some of our stories include affiliate links. If you buy something through one of these links, we may earn an affiliate commission.