The budget-priced end-cap to this generation's stable of Ratchet and Clank games, Ratchet and Clank: Into the Nexus, will bring zany weapons and robotic antics to the PlayStation 3 on November 12, to the tune of $29.99.

Folks who pre-order from "participating retailers" will receive Ratchet's "Pyronox Armor," which reduces incoming damage by five percent. Amazon pre-orders also include "roughly $30" worth of Ratchet and Clank items for PlayStation Home (according to the PlayStation Blog), though the exact nature of said items is not specified.

Meanwhile, Insomniac also released this faux-VHS orientation video detailing Ratchet's hands-on involvement in the series' development process, including his failed mo-cap suit made out of DualShock 3 controllers.
In this article: insomniac, playstation, pre-order-bonus, ps3, ratchet-and-clank-into-the-nexus, release-date, SCEA, Sony-Computer-Entertainment
All products recommended by Engadget are selected by our editorial team, independent of our parent company. Some of our stories include affiliate links. If you buy something through one of these links, we may earn an affiliate commission. 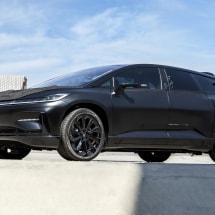