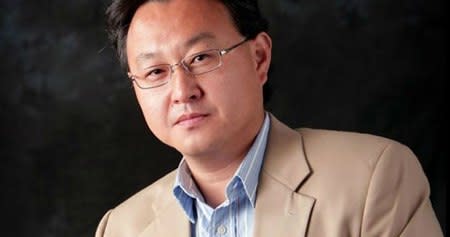 As iOS developers begin to rake in greater and greater profits, the question over whether mobile titles pose a threat to traditional console gaming grows more relevant. Sony, according to a GamesIndustry interview with Sony Worldwide Studios President Shuhei Yoshida, has shifted away from competing with the likes of the iPhone and iPad and would rather use them to enhance their first-party console experiences.

"What we're saying now is that we've totally changed our approach to mobile products like smartphones and tablets. In the past, we felt like these guys were competition to our portable games, in general -- but now, everyone owns these smartphones and tablets," Yoshida explains. "That's why we are creating the hook, releasing the official PlayStation apps on Android and iOS at the launch of PS4. That has many functions -- if you own a PS4, it's your connection to your own games or console, or your PlayStation Network community. Even if you don't own a PS4, it can be a way to find out what's happening in the PlayStation world; or you could use these devices as an input device for PS4."

Of course, Sony spent a large amount of time (and money) attempting to combat iOS before this change in philosophy. The company launched many "PlayStation Certified" devices, including tablets and smartphones, including an Xperia phone with a built-in controller. None of these devices ever reached true mainstream success, so that likely made Sony's decision to embrace existing mobile platforms much easier.

In this article: games, gaming, iOS, iPad, iPhone, iPod, sony
All products recommended by Engadget are selected by our editorial team, independent of our parent company. Some of our stories include affiliate links. If you buy something through one of these links, we may earn an affiliate commission.