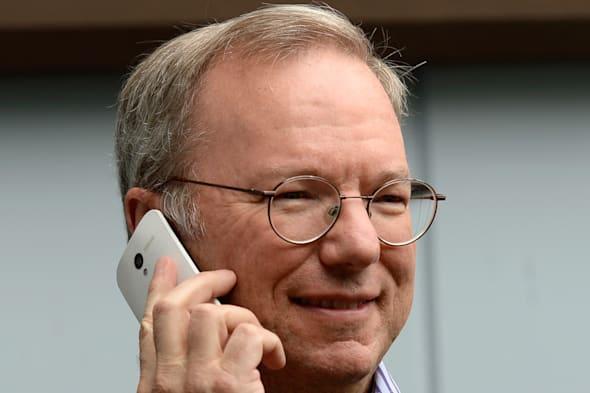 There's no denying that Eric Schmidt is an incredibly intelligent guy, but the former Google CEO certainly has a penchant for making rather bold and arguably laughable claims.

Recall that, in late 2011, he confidently predicted that mobile developers, in just six months' time mind you, would begin developing apps for Android before shifting their attention to iOS. Outdoing himself, Schmidt also predicted that "by the summer of 2012, the majority of the televisions you see in stores will have Google TV embedded."

In his latest verbal fumble, Schmidt told a packed house at the Gartner Symposium/ITxpo that Android is more secure than the iPhone. While the phrase "hilarity ensues" is often bandied about in jest, Schmidt's remark literally did elicit laughter from a crowd comprised of CIOs and senior IT executives.

Gartner analyst David Willis, who is chief of research for mobility and communications and who runs Gartner's Senior Research Board, said to Schmidt: "If you polled many people in this audience, they would say Google Android is not their principal platform [...] When you say Android, people say, wait a minute, Android is not secure."

Schmidt didn't miss a beat, replying, "Not secure? It's more secure than the iPhone."

Not surprisingly, the report also relays that Schmidt didn't attempt to explain his answer, but rather "danced around" by trotting out the fact that Android has over a billion users and that it "therefore goes through rigorous real-world security testing."

As for the prevalence of malware across mobile platforms, here are some statistics Schmidt might want to consider.

In another report, this one released by Juniper Networks in June of 2013, it was revealed that 92 percent of all mobile malware was designed to target Android devices.

In this article: android, eric schmidt, EricSchmidt, google, IOS, malware, security
All products recommended by Engadget are selected by our editorial team, independent of our parent company. Some of our stories include affiliate links. If you buy something through one of these links, we may earn an affiliate commission.
Share
Tweet
Share