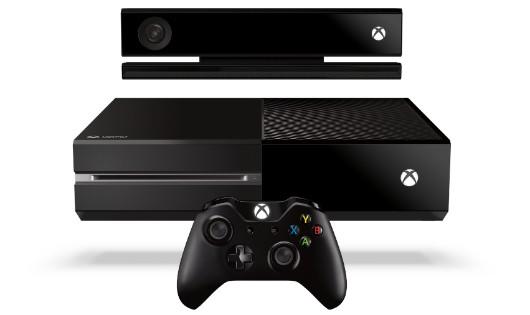 Microsoft will kick off its "The One Tour" on October 25, bringing the Xbox One to London and Manchester, England. The tour offers players a chance to attend one of many five-hour sessions with a friend in order to play the Xbox One ahead of its November 22 launch. Londoners will have a chance to play the console from October 25 through November 3 before it's available in Manchester from November 18 through November 27.

Among the games Microsoft will have on hand for the event are Forza 5, Dead Rising 3, Ryse: Son of Rome, Killer Instinct, Battlefield 4 and FIFA 14, though the available titles are subject to change. Those looking to get hands-on time with the Xbox One during the event will need to register on the official tour site, as tickets are given out on a first-come, first-serve basis.

Update: As it turns out, players in France have had time with the Xbox One, as Microsoft's Paris tour is still happening through Sunday.
Show full PR text
Xbox Announces "The One Tour" UK Dates

LONDON, 11th October, 2013 – Xbox One is hitting the road later this month, to offer you the chance to experience a new generation of games before the console launches on 22nd November. Fans will be able to go hands-on with the incredible selection of blockbuster titles including "Forza Motorsport 5", "Dead Rising 3", "Ryse: Son of Rome", "Killer Instinct", "Battlefield 4", "FIFA 14" and more.*

Coming to London and Manchester, "The One Tour" is an invitation for all UK gamers. The tour will begin in the capital from 25th October through to 3rd November, before heading to Manchester from 18th – 27th November. Register now at xboxonetour.com to choose a date and time for your Xbox One hands-on session, but hurry – tickets will be allocated on a first-come first-served basis.

UK Xbox Brand Marketing Manager, Marianne McLardy said: "The One Tour provides the opportunity to put Xbox One directly into the hands of thousands of gamers from across the country and we can't wait to let people try it out. With launch just a few weeks away, it's the perfect time for fans to experience the blockbuster line-up of games coming to Xbox One from 22nd November – those that want to take part should register now to avoid missing out."

If you can't make the London or Manchester dates, don't worry. Xbox One will also be playable as part of the "Area One" and "Test Drive" tours, with more dates to be announced soon. Additionally, fans in France, Italy and Spain will also be able to get their hands on the Xbox One line-up at the Xbox booths at Milan Games Week (Oct 25 – 27), Paris Games Week (Oct 30 – Nov 3), and Madrid Games Week (Nov 7 – 10). For more information on the tour, please visit xbox.com/en-GB/onetour
In this article: england, hands-on, london, machester, microsoft, the-one-tour, tour, xbox-one, xbox-one-tour
All products recommended by Engadget are selected by our editorial team, independent of our parent company. Some of our stories include affiliate links. If you buy something through one of these links, we may earn an affiliate commission.