A new supersonic jet, and more in the week that was

We're live at SXSW's Al Gore on The Future panel 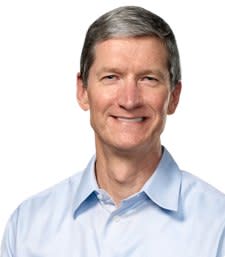 Tim Cook already has plenty of fans, but just in case you were wondering, we can add former US Vice President Al Gore to the list as well. Speaking with Bloomberg, the almost-43rd-President of the United States called Apple's head honcho "a fantastic CEO." This should come as little surprise, given that Gore is indeed seated on Apple's board of directors, but it's a nice pat on the back in the midst of the utterly absurd "the sky is falling on Apple" mania.

"Can you imagine trying to follow Steve Jobs?" Gore continued. "Well, Tim's done it, and he's done it in his own unique way. Next week, there's yet another announcement from Apple. I invite people to tune in for that. They're really hitting on all cylinders."

Gore, of course, was referring to the October 22 event in which it is expected that Apple will reveal the next devices in the iPad line... and maybe even something you aren't expecting.

In this article: al gore, AlGore, apple, ceo, steve jobs, SteveJobs, tim cook, TimCook
All products recommended by Engadget are selected by our editorial team, independent of our parent company. Some of our stories include affiliate links. If you buy something through one of these links, we may earn an affiliate commission.