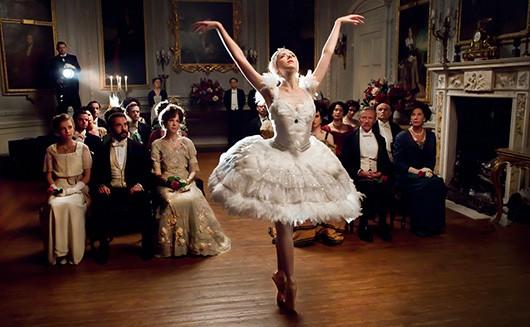 Joining the stable of streaming video options on the Xbox 360 is a new PBS app, which offers on-demand access to full episodes of fan-favorite shows like Nova, the Masterpiece anthology series and Austin City Limits.

Though it includes a huge range of programming (especially when compared to other Xbox media apps), the Xbox 360 PBS app is not designed to replace PBS itself. Instead, it's a new wing of the station, offering fans the highest rated programs in an on-demand format.

"This launch is an important next step in our strategy to make PBS content available through a variety of platforms, while maintaining the connection between the viewer and their local PBS station," said PBS Digital vice president of product development Jon Brendsel. "While PBS member stations will always be the first place to find high-quality PBS programming, the launch of our Xbox 360 offering recognizes that viewers are looking to engage with their local station in the time and manner they choose."

The PBS app is now available on the Xbox Live Marketplace. It's a free download, but using the app will require information about your current cable company. Happily, PBS appears in almost every cable package, so you should already have access.
Show full PR text
PBS Launching Today on Xbox 360

The PBS app will include hundreds of videos from PBS stations, including full-length episodes from new primetime programs as well as the PBS archives, with new national and local content updated daily. PBS programming includes full-length episodes from programs such as AMERICAN EXPERIENCE, AUSTIN CITY LIMITS, FRONTLINE, MASTERPIECE, NOVA and SECRETS OF THE DEAD, as well as web-original video from PBS Digital Studios, winner of five 2013 Webby Awards.

Xbox 360 users will access and personalize their PBS experiences by identifying their local PBS station, which will provide them access to locally produced content along with signature PBS programs.

"This launch is an important next step in our strategy to make PBS content available through a variety of platforms, while maintaining the connection between the viewer and their local PBS station," said Jon Brendsel, Vice President of Product Development, PBS Digital. "While PBS member stations will always be the first place to find high-quality PBS programming, the launch of our Xbox 360 offering recognizes that viewers are looking to engage with their local station in the time and manner they choose."

"As one of America's favorite destinations for high-quality content on television and online, PBS is a great addition to our expansive lineup of entertainment experiences on Xbox 360," said Kathy Styponias, General Manager, Interactive Entertainment Business. "The addition of PBS is another example of how we're continuing to expand our catalog of entertainment so that Xbox Live members can find all of their favorite experiences in one place."

The app was developed by PBS and Digiflare. More information can be found at pbs.org/xbox.

About PBS
PBS, with its over 350 member stations, offers all Americans the opportunity to explore new ideas and new worlds through television and online content. Each month, PBS reaches nearly 120 million people through television and over 29 million people online, inviting them to experience the worlds of science, history, nature and public affairs; to hear diverse viewpoints; and to take front row seats to world-class drama and performances. PBS' broad array of programs has been consistently honored by the industry's most coveted award competitions. Teachers of children from pre-K through 12th grade turn to PBS for digital content and services that help bring classroom lessons to life. PBS' premier children's TV programming and its website, pbskids.org, are parents' and teachers' most trusted partners in inspiring and nurturing curiosity and love of learning in children. More information about PBS is available at www.pbs.org, one of the leading dot-org websites on the Internet, or by following PBS on Twitter, Facebook or through our apps for mobile devices. Specific program information and updates for press are available at pbs.org/pressroom or by following PBS PressRoom on Twitter.
In this article: austin-city-limits, masterpiece, microsoft, pbs, streaming, streaming-video, video, xbox, xbox-media, xbox-one
All products recommended by Engadget are selected by our editorial team, independent of our parent company. Some of our stories include affiliate links. If you buy something through one of these links, we may earn an affiliate commission.