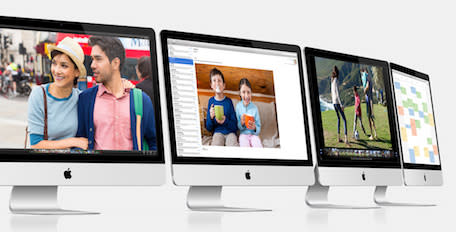 Apple has released two new updates for the Late-2013 iMacs just introduced this September. The first update is a firmware upgrade that is only for the new iMacs with flash storage, while the second update is a supplemental update to OS X 10.8.5. The details:

This update is recommended for iMac (late 2013) with flash-only storage. This update improves the Power Nap feature in Mavericks on your flash-based iMac by allowing it to perform silently, without spinning up the fan.

Power Nap periodically updates apps, such as Mail, Contacts, and Calendar, and will download software updates while your iMac is sleeping.

Both update can be downloaded via the links above or by running Software Update on qualifying iMacs.

In this article: imac, Mac
All products recommended by Engadget are selected by our editorial team, independent of our parent company. Some of our stories include affiliate links. If you buy something through one of these links, we may earn an affiliate commission.
Share
Tweet
Share