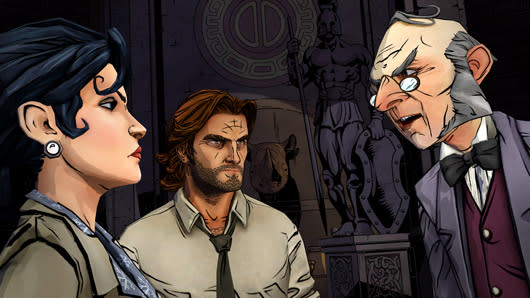 Telltale Games' episodic adventure series The Wolf Among Us will hit the PlayStation Vita and iOS devices this fall, the developer revealed today.

Based on Bill Willingham's "Fables" comic series, The Wolf Among Us is available as a series of episodic releases, starting with the recently launched debut chapter Faith.

Telltale notes that pricing for the new platforms has not been decided, but estimates that follow-up episodes should be priced similarly to the company's The Walking Dead releases. The Wolf Among Us is also available for Xbox Live Arcade, the PlayStation Network, and PC platforms.
In this article: ios, ipad, iphone, mobile, playstation, playstation-vita, telltale-games, the-wolf-among-us, vita
All products recommended by Engadget are selected by our editorial team, independent of our parent company. Some of our stories include affiliate links. If you buy something through one of these links, we may earn an affiliate commission.