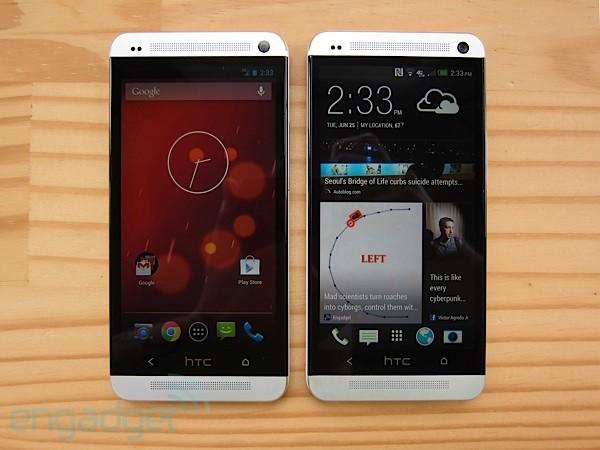 Now that we know which of Google's Nexus devices will be eligible for an update to Android 4.4 KitKat, other manufacturers are starting to speak up about their rollout plans as well. Jason Mackenzie, president of HTC America, confirmed to us in an interview that the company is going to aggressively push out the latest version of Android to the HTC One. The Google Play edition will be updated within the next 15 days, the Developer edition and unlocked versions will get it within 30 days, and the remaining SKUs in North America (including all carrier variants) will have it in 90 days or less. With the exception of the Google Play edition, HTC plans to keep its signature Sense UI at version 5.5 (which has been available on global devices running Android 4.3); and although Mackenzie couldn't go into details on how the new KitKat features will be implented in Sense, we expect to see plenty of them make an appearance in the update in some way.

HTC is still working on a rollout plan for the other devices in its portfolio, such as the One max and One mini, but Mackenzie assures us that the company will have a statement concerning those other phones in the near future. He also reiterated HTC's commitment to rapidly pushing out updates, telling us that "we're not going to [roll out updates] in a lazy fashion. We're going to make it a priority to have every dot release out on the One within 90 days."

Since Mackenzie spoke to us on behalf of the company's North American branch, we're still awaiting word on HTC's plans for its global devices. Given the fact that US operators are set to push out updates in the next 90 days, we'd be surprised if it doesn't arrive sooner on One units around the world.

In this article: android4.4, exclusive, google, htc, htcone, kitkat, mobilepostcross, update
All products recommended by Engadget are selected by our editorial team, independent of our parent company. Some of our stories include affiliate links. If you buy something through one of these links, we may earn an affiliate commission.