You can use some iPhone 8 parts inside an iPhone SE 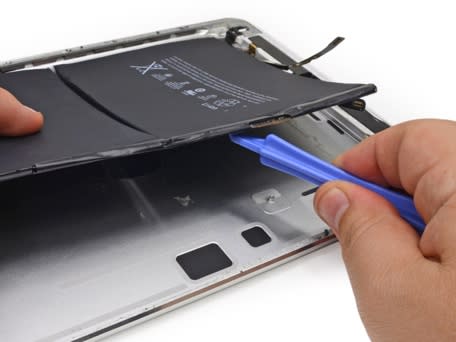 Sales of the iPad Air kicked off today, which means it is time for another iFixit teardown analysis. Right on schedule, the repair shop has divulged all the secrets contained inside Apple's latest tablet device.

The iPad Air sports stereo speakers, 1 GB of DDR3 SDRAM and a pair of Broadcom Touch Screen controllers that are similar to the ones found in MacBook trackpads. Though it sports an A7 processor just like the iPhone 5s, the iPad Air has a slightly different version of the A7. The A7 in the Air is labeled as Apple APL5698, while the iPhone's CPU is labeled the APL0698. It is unknown if there are any functional differences between the models.

In the end, iFixit gave the iPad Air a 2 out of 10 for repairability. The LCD is relatively easy to remove and the battery is not soldered to the logic board. Beyond that, the iPad is not hacker-friendly. The unit is held together with a lot of adhesive, and some parts, like the front panel connector, are buried under other parts.

In this article: iFixit, iPad, teardown
All products recommended by Engadget are selected by our editorial team, independent of our parent company. Some of our stories include affiliate links. If you buy something through one of these links, we may earn an affiliate commission.
Share
Tweet
Share