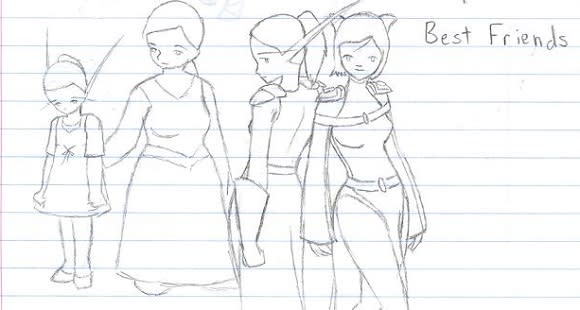 Sunday Morning Funnies is your weekly list of WoW-related web comics.
In comic news this week, Gratz posted a massive update, so be sure to check it out! There are six new comics and next week, the final chapter of Gratz Transition begins.

We also have a new comic to add to the list, Surviving Azeroth. Thanks for the tip, bim.shield.spec!

As you can see above, Contested Territory has posted some sketches to give us something to ogle at while awaiting the next chapter, which actually is due a bit later than originally announced. You can expect new work on November 11, which will be listed here on the 17th. Can't wait!