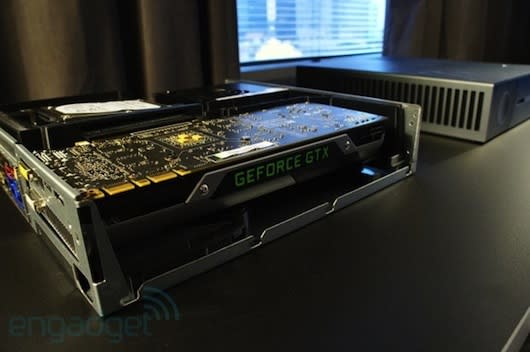 "You won't see an exclusive killer app for SteamOS from us," Coomer said. "We're not going to be doing that kind of thing."

Valve spokesperson Anna Sweet added, "That would go against our whole philosophy, to launch something that's exclusive to SteamOS or Steam Machines."

Engadget did some open-box surgery on the Steam Machine prototypes Valve is sending out to 300 beta testers, and it went hands-on with the Steam Controller. Coomer told Engadget to expect more information on Steam Machines at CES in January.
In this article: exclusives, Linux, pc, STEAM, steam-machines, steamos, valve
All products recommended by Engadget are selected by our editorial team, independent of our parent company. Some of our stories include affiliate links. If you buy something through one of these links, we may earn an affiliate commission.