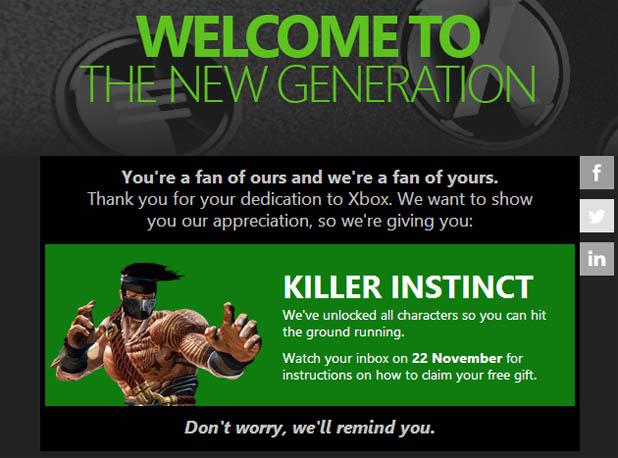 And KI isn't the only freebie MS is announcing today, as Xbox Live Gold users on Xbox One will get Xbox Music streaming for free as well (like web users). Sadly, that comes with adverts, which makes it distinctly less free and more "free." But hey, that new Eminem album is on there, so that's...something? We guess?

In this article: albertpenello, free, hdpostcross, killerinstinct, microsoft, xboxmusic, xboxone
All products recommended by Engadget are selected by our editorial team, independent of our parent company. Some of our stories include affiliate links. If you buy something through one of these links, we may earn an affiliate commission.