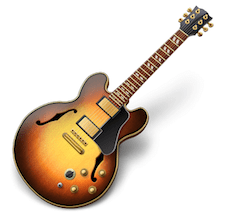 Don't blink, or you may miss this update. Apple released GarageBand 10.0.1 for the Mac late last night, citing fixes for "a number of minor issues" and improved overall app stability.

If you're a fan of Apple's consumer music-making app, you might want to make sure that the update has been installed by visiting the Updates tab of the Mac App Store. GarageBand 10 was released last month concurrently with the release of OS X Mavericks, adding such fun things as a virtual drummer, but taking out critical features used by podcasters.

In this article: garageband, Mac, Software Update, SoftwareUpdate
All products recommended by Engadget are selected by our editorial team, independent of our parent company. Some of our stories include affiliate links. If you buy something through one of these links, we may earn an affiliate commission.