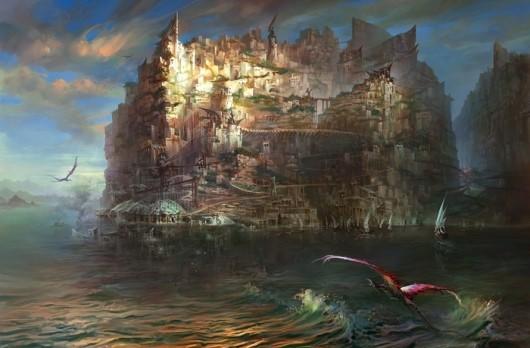 inXile will torment fans and supporters of Torment: Tides of Numenera no longer; thanks to a recent update on the game's Kickstarter page, all can now view the detailed explanations of the RPG's alignment system, and those who backed the game can voice their opinion on how they'd like to see combat handled.

While tides were given a basic explanation on the game's main Kickstarter page, the update helps further explain their nature and role in the game. For example, "if your Dominant Tide(s) match those of an NPC, it can have varying effects," the update reads. "You might be able to understand their motivations and manipulate them better. They may like you more (or less) without knowing why. The difficulty of certain dialogue tasks may decrease (or increase). Most of this is done behind the scenes, but certain skills and abilities can reveal some of this information."

Combat will play a big role in Torment: Tides of Numenera, and inXile has presented two options for how it will play out in the game: real-time with pausing or turn-based. Backers have been encouraged to voice their thoughts on both systems, with an official vote coming soon.
In this article: inxile-entertainment, kickstarter, mac, pc, torment-tides-of-numenera
All products recommended by Engadget are selected by our editorial team, independent of our parent company. Some of our stories include affiliate links. If you buy something through one of these links, we may earn an affiliate commission.