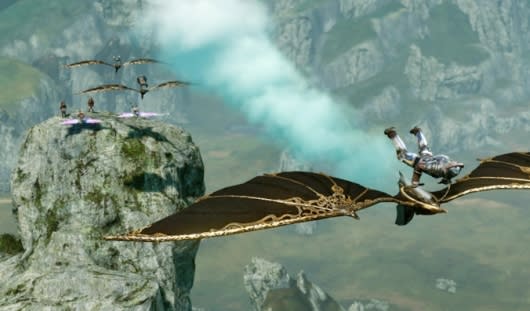 If you don't know about the Korea Game Awards, you're... well, probably not from Korea. Which is kind of understandable seeing as how this site is published in English and focuses mostly on the western side of the pond. But as you can imagine from the name, these awards are a pretty big deal for a Korean game like ArcheAge... and to its credit, it managed to clean up at the most recent award ceremony.

Not only did Jake Song's sandpark take home awards in two categories through the show (planning and scenario, graphics), it also took home the big prize of the night as the best game in show. It's good news to see for fans, especially in light of some rumbling that the game hasn't been doing as well in Korea as initially expected. Congratulations to XLGAMES, and here's hoping that the award-winning game comes over to these shores sooner rather than later.

[Thanks to Dengar for the tip!]
In this article: aa, arche-age, archeage, award, award-ceremonies, awards, event, events, fantasy, korea-game-awards, news, news-items, pvp, real-world-event, sandbox, sandpark, xl-games, xlgames
All products recommended by Engadget are selected by our editorial team, independent of our parent company. Some of our stories include affiliate links. If you buy something through one of these links, we may earn an affiliate commission.