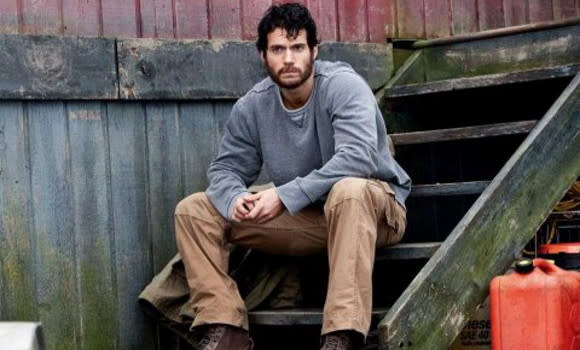 Welcome back to The Queue, the daily Q&A column in which the WoW Insider team answers your questions about the World of Warcraft. Matthew Rossi is all sorts of nerding out right now.

So I got the Man of Steel box set cause my wife is awesome and I've been watching and rewatching it. I know a lot of people hated it, and I even understand why some of them did, but for me there was a lot I really liked. I though Cavill did an excellent job as a young, inexperienced Clark trying to figure out who he is and what he wants to be, and the Krypton in the movie is fantastic in my opinion - it comes the closest to capturing the strange alien beasts and geography the planet developed in its ever expanding mythology. And the fight scenes are amazing. Okay, so Metropolis should be a crater, and that does still bug me - how the heck did they rebuild the Daily Planet that fast? Then again, the end of Avengers is pretty freaking bad in terms of destroyed buildings in the middle of the day in New York City, so I guess we just ignore that kind of thing now.

I still love the "You think SMASH you can threaten SMASH my mother SMASH SMASH!" sequence.

Anyway, onto The Queue.

Will an insta-90 have appropriate-level professions? If it's done the DK way, it will be very unfriendly to the "new players" who want to play with their friends.

"Here's your new 90, now go spend hours grinding your professions in low level zones you've never experienced so you can keep up with your friends."

Having just leveled a character to 89 (she'll make 90 today or tomorrow, depending on my time to do so) I can say that the improvements they made in Pandaria allowing you to skill up gathering professions on Pandaria nodes need to be moved to Draenor, and I expect they will be. It was also mentioned at BlizzCon that they want to move catch up mechanics like they did for cooking out to other professions as well. So I expect that they're aware of this issue, and will have something in place to deal with it. I don't have specifics for you though.

Question for the queue:

Hold up!! Given that on Draenor, Gul'dan's hoodlums are the only ones whose skin has turned green because of demonic corruption, what the heck is going to happen when all these green skinned orcs come streaming in through the portal?

That is a good question, and we don't know the answer to it yet. Since we'll mostly be fighting the Iron Horde, they may just think we're demon corrupted. They're probably also going to be confused by the tauren, blood elves, trolls, goblins and walking corpses, now that I think about it. Not to mention all the Alliance races.

In the end it would probably hurt sales, in my opinion. Sure, some people wouldn't mind buying two copies of the game (assume there's a battle chest up to Warlords, and then Warlords itself twice, so we're looking at ninety bucks or so) and then creating a new level 90 on the new account and swapping it over to the old account (another thirty) but a lot of people would balk at spending anywhere between ninety and one hundred and twenty bucks to level another toon to 90. Not even to 100, mind you - just to 90.

I think Blizzard making it available in the store will still generate profit without making people feel like they're getting kicked directly in the wallet ovaries.

The more I've read and the more I think about it....Kil'Jaeden and\or Gul'dan, final bosses for WoD. While Garrosh thinks he has everything under control to come through portals, Gul'dan continues to plot "other" things for Kil'Jaeden and the Burning Legion. In fact, Garrosh might die at the hands of Gul'dan! (I like these ideas....Kil'Jaeden needs to be in this expansion...talk about about "spicing" it up a bit). Who wouldn't want to see a 40 foot tall Eredar demon popping up all over Draenor like Arthas did in Northrend? Anyone else see the KJ\Gul'dan angle being huge in this expansion?

Well, we know the following things:I'm not saying you are exactly right - I have no idea what the final boss of this expansion will be. But man, the very first thing Garrosh should have done upon arriving on Draenor was to find Gul'dan and cave in his skull. And then cave it in again. And while he was at it keep hacking the dude up into progressively smaller and smaller pieces until he was a stain, and then burn the stain, gather the ashes, and scatter most of them. Some you keep so the wind can't somehow accidentally recombine the ashes.

What I'm saying is, Garrosh has just messed with the undisputed champion of evil orcs. Expect lots of fallout from this. Doomhammer found out. So will Garrosh.

Hayden Higgs asks:
Was there any talk at Blizzcon about there being any new class quest lines like that of the warlock green fire quest? Because my paladin would love something like: receiving an Ashbringer lookalike artifact to transmog. Or a visible golden aura. Or to be able to carry a Libram....

It was brought up as something they'd like to do but it's very resource intensive for, at best, one out of 11 playable classes and that's often time that can be used on content for everyone. Don't expect a lot in Warlords.

1. Of all the orcs described on the official WoD page, I was surprised to see Ner'zhul described with somewhat positive adverbs. As he wasn't a terribly bad guy before he got caught up in the demonic nonsense and his turf is Shadowmoon Valley, where the Alliance starts its quests, could we possibly see some sort of cooperation between his clan and the Alliance, or would that be the coldest day in Molten Core?

2. If Ner'zhul never drinks the blood and never starts down the path that binds his will to Arthas as the Lich King, is Arthas effectively preemptively redeemed in this time line? And, if so, if Jaina realizes this, will she be able to act objectively in the best interest of the greater good?

1 - Ner'zhul isn't nearly as evil as Gul'dan is, but he is arrogant, contemptuous of those he considers inferiors, and fairly racist. In the original timeline he went along with the genocide against the orcs fairly quickly, because of his own paranoia and disdain for alien ideas. So while it's not entirely impossible, it's fairly unlikely.

2 - We don't know what happens to Arthas, Azeroth, etc yet, but as of right now we already know that there's probably an Azeroth out there somewhere that never got invaded by the orcs and thus never had a First War. (Unless the end of this expansion sees the Iron Horde invade that Azeroth and start a new version of the First War.) It's very likely that if there is a Lich King this time around, Kil'jaeden will have to make him from someone else. Let's all hope it's not Gul'dan.

Gul'dan as the Lich King would kill us all.