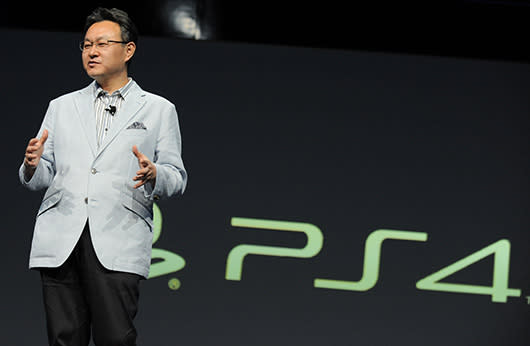 The past few days have delivered a flood of PlayStation 4 launch game reviews, many of which have been less than flattering. Sony Worldwide Studios president Shuhei Yoshida remains unfazed.

"Yeah, it's disappointing to see some of the low scores," Yoshida admitted in an interview with GamesIndustry.biz. "I haven't spent enough time reading reviews, but I would characterize them as mixed," he added optimistically.

In an attempt to partially explain away the lower-than-expected review scores, Yoshida cites an overworked games media. "[W]ith this launch there are lots of games coming out, so the media must be very busy going through the games quickly, and especially since the online functionality wasn't ready until in the last couple days. So we have to look at how much time they spend on what aspect of the games and how that may be contributing to some of the lower scores."

"It's disappointing but I don't think it's worrisome for the launch of the system," he added.

Finally, Yoshida offers a personal defense of his company's offerings. "I've played through all of our games, Killzone, Knack and Resogun, and I totally enjoyed playing through these games. I'm now on my second run of Knack and Resogun at a higher difficulty - these games really grow on you when you play more," Yoshida said.

"I'm very confident that once you purchase these games and play, you'll be happy that you've done so."
In this article: killzone-shadow-fall, knack, playstation, ps4, ps4-launch, resogun, shuhei-yoshida, sony
All products recommended by Engadget are selected by our editorial team, independent of our parent company. Some of our stories include affiliate links. If you buy something through one of these links, we may earn an affiliate commission.