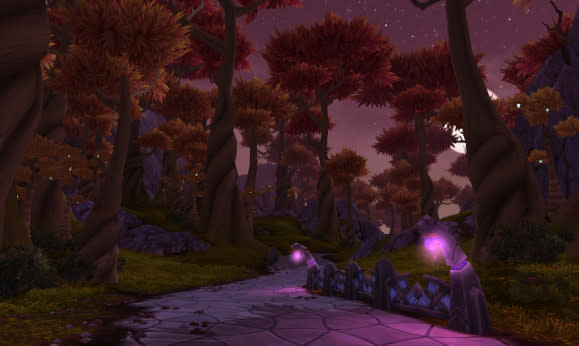 There has been a great deal of concern about the potential changes to racials coming in Warlords of Draenor, with players worried about changes to passives and active abilities. EU Community Manager Takralus has taken to the official forums to quell the fires of panic with some comforting information:

Takralus
There aren't plans for any broad, sweeping changes to racial abilities in 6.0. We'll probably tune some numbers so some racials feel less mandatory in certain cases. Also, due to the changes we announced at BlizzCon, there are several hit and expertise-based racials that will need to be replaced with something new-hopefully we can use those new racials to help shore up racial balance overall :)
source
Of course, it makes perfect sense that, given the removal of hit and expertise, racial passives such as Draenei's +hit racial and various expertise racials would need some reworking. Takralus' assertion that there aren't any broad sweeping changes will likely put people's minds at ease. Hypothesizing here, but her phrasing of "tune some numbers" implies to me that racials like Every Man For Himself are going nowhere, but ones like Beast Slaying, Berserking or Blood Fury might see some changes.

It should, naturally, be noted that those are just my assumptions based on what might be an excessively close examination of Takralus' post, but it would make sense, especially given the Horde's current dominance as a choice for hardcore raiders.
In this article: breaking, racial-changes, racials, racials-balance, warlords-of-draenor, wod-racials
All products recommended by Engadget are selected by our editorial team, independent of our parent company. Some of our stories include affiliate links. If you buy something through one of these links, we may earn an affiliate commission.