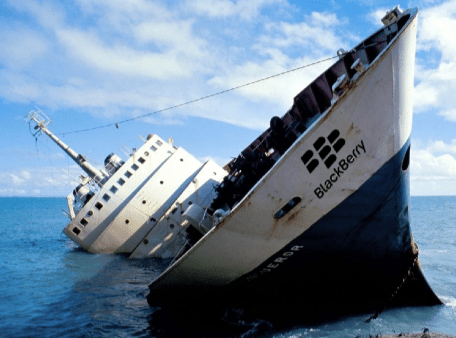 Pfizer is the world's largest pharmaceutical firm and up to this point, most of the company's 90,000 employees have used BlackBerry devices in order to communicate with each other. Now the company has sent out a memo to employees telling them to switch to either an iPhone or Android device when their wireless contract allows them to upgrade.

The memo apparently referred to BlackBerry's "volatile state" as a reason for the mass move to alternative mobile platforms. BlackBerry is struggling mightily at this time, having recently cut 40 percent of its workforce in an attempt to stay afloat. Apple and Intel took advantage of the cuts, hosting recruiting events near the company's headquarters in Waterloo, Ontario.

John Paczkowski at AllThingsD notes that other big BlackBerry clients -- including the US Department of Defense -- are busy creating contingency plans to cope with the almost inevitable collapse of the mobile manufacturer. Others, like Pfizer, are taking the initiative before the demise of BlackBerry takes place and jumping ship to iPhone and Android now.

In this article: blackberry, iPhone, pfizer
All products recommended by Engadget are selected by our editorial team, independent of our parent company. Some of our stories include affiliate links. If you buy something through one of these links, we may earn an affiliate commission.
Share
Tweet
Share