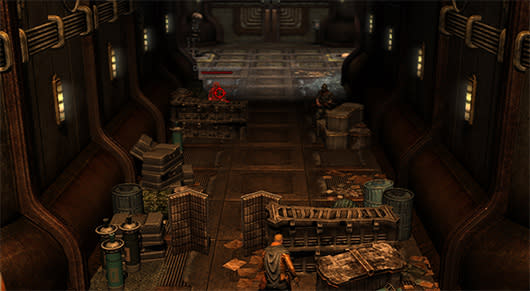 The engines are running on empty for InSomnia, an online "dieselpunk" RPG. Developer Studio Mono has pulled the plug on its Kickstarter campaign to fund the game so that the team may regroup and rework their presentation. "We want to make it absolutely clear that this isn't the end of InSomnia," a Kickstarter update for the game reads. The team plans to return late January of next year with an improved campaign.

The post thanks backers who had already pledged to help bring InSomnia to fruition, but notes that "it soon became apparent based on that feedback that there were key components in our campaign that we had overlooked, that we needed to reveal a lot more about certain aspects of the game and to ultimately provide a much better explanation of what InSomnia is and what it is not." The post notes, for example, the common misconception that the game is an MMORPG, which it is not.

Although the game's Kickstarter page has been effectively closed down, the InSomnia Facebook page and Twitter profile are still up, should you wish to follow Studio Mono and show support.
In this article: canceled, insomnia, kickstarter, mac, pc, studio-mono
All products recommended by Engadget are selected by our editorial team, independent of our parent company. Some of our stories include affiliate links. If you buy something through one of these links, we may earn an affiliate commission.