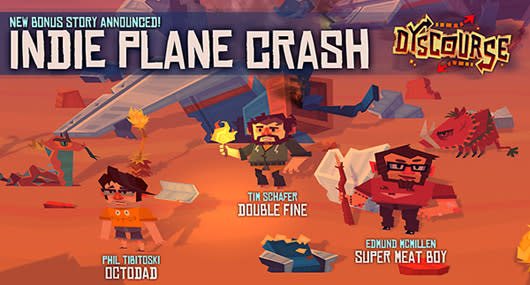 Odds are good that some of these indies won't survive long enough to be rescued. As in Dyscourse's main story mode, players must make decisions and form alliances among fellow survivors in order to hunt, eat, and address emergent story details that unfold throughout.

Dyscourse has 18 days left in its ongoing Kickstarter campaign, and has earned over $13,000 toward its funding goal of $40,000.
In this article: cameo, dyscourse, indie, kickstarter, linux, mac, owlchemy-labs, pc
All products recommended by Engadget are selected by our editorial team, independent of our parent company. Some of our stories include affiliate links. If you buy something through one of these links, we may earn an affiliate commission.