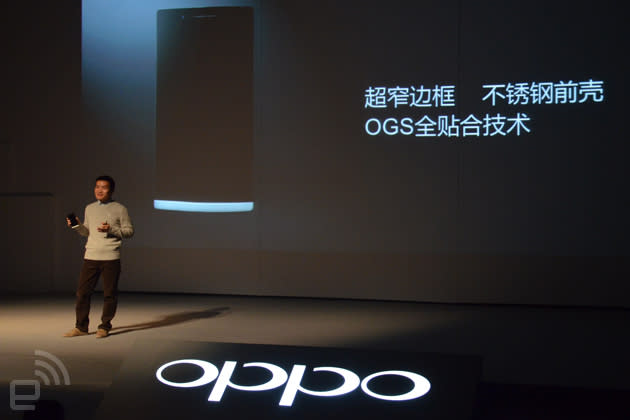 Recent years saw the birth of many new online brands in China, with Xiaomi being the most notable one with its complete ecosystem on top of aggressive pricing. And at last, it looks like local competitor Oppo wants a share of that pie as well. According to a rumor from just before the weekend, the company's VP Pete Lau (pictured above) will be developing a new online brand from scratch, and its first product will feature top hardware specs along with CyanogenMod -- the same renowned Android ROM that's headed to Oppo's flagship N1 and Find 5. More interestingly, Lau has just announced that today's his last day at Oppo.

The aforementioned rumor came out on the same day as Steve "Cyanogen" Kondik's latest Google+ post, which says "together [with Lau], we're setting out to create" a phone "that would fuse truly amazing software with the highest quality hardware available." Lau also wrote on Sina Weibo to say they are "plotting on something that may change the world of Android," and that there's a "perfect Android flagship device" in the works. Thanks to an overly excited Oppo employee who commented on that weibo post, we now know that this device will feature Snapdragon 800's upcoming 2.5GHz variant, the MSM8974AC. The only other known device to feature this SoC so far is the Gionee Elife E7 due later this month.

What's unclear is how independent this new brand will be from Oppo. While Lau claims to be leaving, his new team may still share resources with Oppo to begin with -- a bit like when Oppo was spun off from BBK (Vivo's mother company) as a global brand back in the days; or akin to Nubia's relationship with ZTE. Either way, it'll be interesting to see how this develops, because it's about time Xiaomi gets a true competitor both natively and globally.

In this article: android, china, cyanogen, cyanogeninc, cyanogenmod, mobilepostcross, msm8974ac, oneplus, oppo, petelau, phone, snapdragon800
All products recommended by Engadget are selected by our editorial team, independent of our parent company. Some of our stories include affiliate links. If you buy something through one of these links, we may earn an affiliate commission.