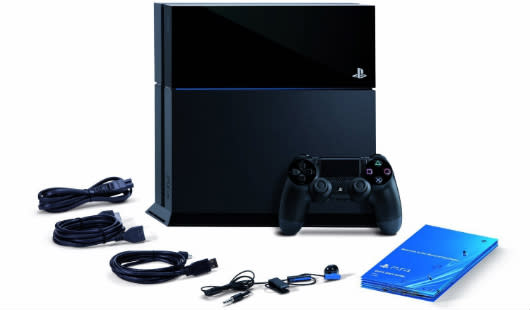 Sony addressed numerous reports of defective PlayStation 4 systems this week, and estimated that the number of damaged consoles is relatively low.

"The number of affected PS4 systems is less than one percent, which represents a very small percentage of total units shipped to date and is within the expected range for a new product introduction," a Sony representative told Engadget. "We understand the frustration of consumers that have had a problem and are working with them and our retail partners to help troubleshoot issues and ensure affected units are exchanged."

Given that several issues were reported to Sony, the hardware manufacturer believes "there isn't a singular problem that could impact a broader percentage of PS4 units." The company previously said it is investigating "isolated" PS4 issues and offered troubleshooting steps for players experiencing "blinking blue light" problems.
In this article: console, damaged, defective, failure, hardware, playstation, ps4, ps4-launch, sony, troubleshooting
All products recommended by Engadget are selected by our editorial team, independent of our parent company. Some of our stories include affiliate links. If you buy something through one of these links, we may earn an affiliate commission.