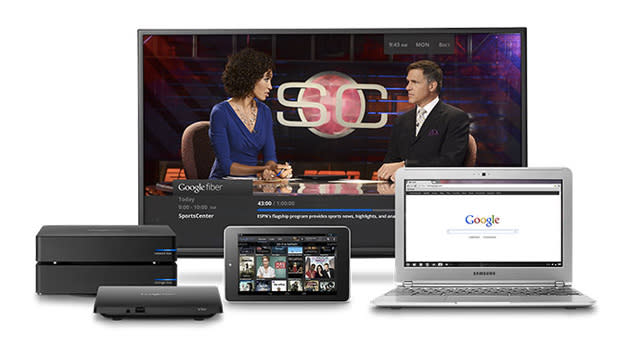 Did you move to the Kansas City area too late to register for Google Fiber? Don't fret -- Google has both reopened sign-ups in the region's 180 current fiber neighborhoods and detailed an upcoming expansion. Those in existing Fiber areas can sign up for service by December 22nd, with installations due by the spring. Meanwhile, those in outlying locations such as Gladstone, Grandview, Kansas City North, South Kansas City and Raytown will get a chance to sign up in March.

The search giant has also provided a brief explanation of how Austin residents will sign up for Fiber service when it's available in their town. As in Kansas City, Austinites will be organized into fiberhoods that have to meet registration goals within a few weeks to qualify for a deployment. There's still no word on just when the process will begin, although the mid-2014 service target doesn't leave much time for Google to get the ball rolling.

In this article: austin, fiber, google, googlefiber, hdpostcross, internet, iptv, kansascity, networking, rollout, television, tv
All products recommended by Engadget are selected by our editorial team, independent of our parent company. Some of our stories include affiliate links. If you buy something through one of these links, we may earn an affiliate commission.