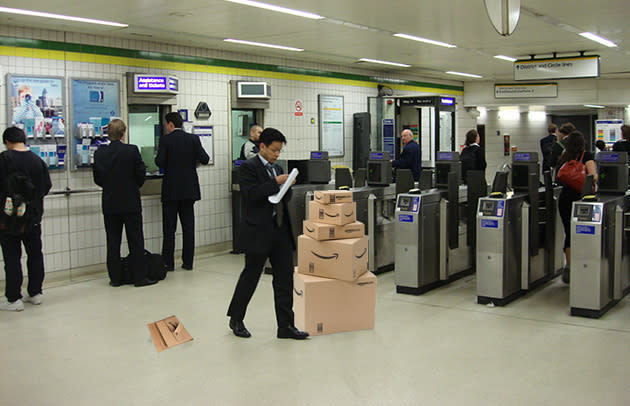 London's Tube network is about to face some major changes that will not only affect its staff and passengers, but also -- perhaps -- Amazon shoppers. Plans are already afoot to shut down manned ticket offices across the Underground by 2015, in order to pay for 24-hour operation on major lines. Now, according to the Financial Times, Amazon is in talks with Tube bosses to find a way to turn all those abandoned little cubicles into pick-up points for packages instead. The idea seems plausible, given Amazon's other efforts to change the way deliveries are handled, but the retailer hasn't yet confirmed the FT's report. There's also plenty of scope for such a project to become unstuck -- not least as a result of promised industrial action by Tube workers, who want avoid job losses and keep ticket offices just as they are.

In this article: amazon, locker, london, tube, underground
All products recommended by Engadget are selected by our editorial team, independent of our parent company. Some of our stories include affiliate links. If you buy something through one of these links, we may earn an affiliate commission.