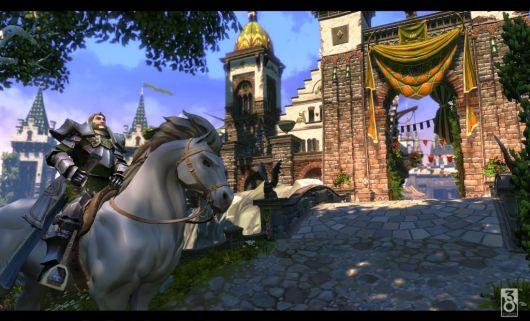 The tragic tale of 38 Studios' unreleased MMO, Project Copernicus, isn't over just yet. The Associated Press reports that "[a]bout two dozen parties, including some overseas" have "expressed interest" in bidding for the intellectual property of 38 Studios, which includes the unfinished game. The auction, which was set to take place on November 14th but was delayed due to unexpectedly high demand, is scheduled for December 11th.

Nick Jimenez, executive vice president of auctioneer Global Heritage Partners (which is handling the sale of the studio's intellectual property), stated that the potential buyers in the auction "are from North America, Europe, and Asia" and that "[s]ome have expressed interest in buying all the intellectual property, and some are eyeing parts of it." It's unclear what his means for the future of Copernicus, or at least of Copernicus as we know it, but be sure to keep an eye out for future developments.
In this article: 38-studios, auction, auctions, copernicus, curt-schilling, industry, intellectual-property, mmo-industry, project-copernicus
All products recommended by Engadget are selected by our editorial team, independent of our parent company. Some of our stories include affiliate links. If you buy something through one of these links, we may earn an affiliate commission.