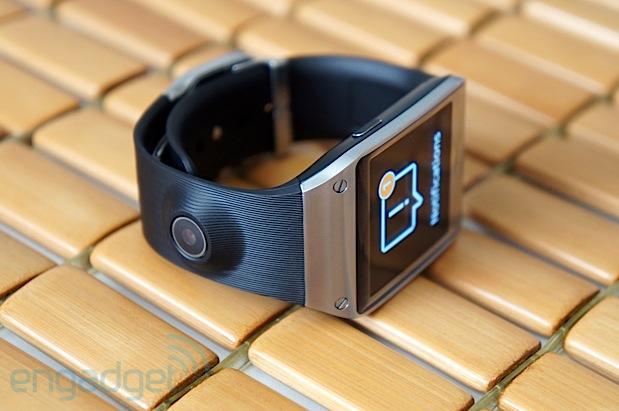 When we reviewed the Samsung Galaxy Gear smartwatch, we were concerned about the lack of third-party notification support. If we received a notification from any app that wasn't officially made by Samsung, we wouldn't actually get to read it on the watch; instead, we'd get alerted to the fact that something was waiting on the phone for us, and we'd be given the option to press a button and have that app open up on the phone itself. Fortunately, Samsung has heard our feedback and will be pushing out an update sometime this week that now allows third-party app notifications to show up in full; you'll now be able to read your incoming Gmail messages, Facebook Messenger pings, Twitter mentions and Google Hangout messages, to name a few.

Samsung is also adding a couple more enhancements to the new update as well: it's confirmed that the Gear will also receive enhanced Smart Relay functionality which it says will help users "perform actions seamlessly" from their Gear to their phone, as well as an improvement to the lift-and-pause gesture that activates the clock. We imagine there will probably be a few random bug fixes thrown in there as well. Overall, this is a pleasant update to some of the most frustrating aspects of the Gear.

Update: This firmware update has already been available in Europe, and it appears that this new update is for US versions of the device.

In this article: galaxygear, gear, google, mobilepostcross, samsung, smartwatch
All products recommended by Engadget are selected by our editorial team, independent of our parent company. Some of our stories include affiliate links. If you buy something through one of these links, we may earn an affiliate commission.